Legacy Ballet requires that our instructors follow the same teaching philosophy, and we strive on keeping communication open between the dancers, their families, and our staff.  It is important to maintain this as our dancers continue to grow and progress through their training. 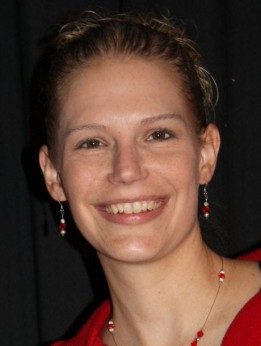 Heather began dancing 30+ years ago under the instruction of Tom Irwin at Corvallis School of Ballet then later with Shelly Svoboda when it became Regional School of Ballet.  At the age of 11, she began to study with the Eugene School of Ballet under Toni Pimble, Riley Grannan, Susan Zadoff, and Sarah Lombardi.  She spent two winter seasons dancing the role of “Clara” on tour with the Eugene Ballet Company.  Her training as a dancer was not limited to Ballet, and included training in Jazz, Modern, Hip Hop, Character, and Partnering with summer dance intensives at Eugene Dance Pursuit, Ballet Aspen, Royal Winnipeg School of Ballet, and JoAnna Kneeland & Mary Price Boday’s Dance Kinesiology.  Heather worked for 10 years in the medical field as a Certified Medical Assistant and also a PT aide, working with specialists in orthopedics and physical medicine.  Her training there has developed her knowledge of body mechanics and how the body should move while dancing. While teaching, Heather has also continued her dance education and has participated in the David Howard teachers’ seminar. Heather still continues to dance, when she has a chance, and will occasionally be seen performing on stage with her dancers.  Heather teaches many of the Ballet classes through out the week, as well as working on the studio’s next big project. Heather resides in Albany with her husband, Brandon and her daughter, Rebekah. Heather feels that every dance instructor in her past has taken part in giving her a wonderful gift, one that she loves passing on to aspiring dancers. 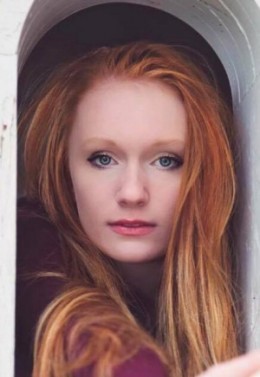 Rebekah has danced since she was able to walk, and tumbled even earlier than that.  While she has many years of dance training, in Ballet, Jazz, Hip Hop and Contemporary, gymnastics is her first true love.  After spending 11 years as a gymnast herself, even competing on a regional level, Bekah focused on coaching gymnastics at Oregon State Gymnastics Academy while attending Western Oregon State University as a Psychology Major and Dance Minor, and spent time helping us develop our recreational tumbling program. Bekah transferred to Oregon State University and earn her BS in Psychology while volunteer coaching for the Oregon State Gymnastics team. When not busy pursuing her collegiate gymnastics coaching career, Bekah can sometimes be found spending time in the studio teaching dance, tumbling or working in the office. 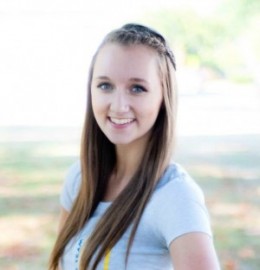 Kristin started dancing at the age of 3, after watching a ballet class that her sister was taking, and has danced ever since. She has trained at many studios in the Albany/Corvallis area, including Regional School of Ballet, Corvallis Academy of Ballet, Albany Dance Academy, and most recently, Legacy Ballet. While dancing with Legacy throughout middle and high school, Kristin participated in many performances, including Eugene Ballet Company’s and Legacy Ballet’s “The Nutcracker.” She also was a captain of the West Albany Hi-Steppers dance team, was chosen for the 2014 5A All-State Dance Team as well as the Thunderbird Dance Camp All-Star Team, and received a college scholarship through the Dance and Drill Coaches Association. She now attends Western Oregon University, and has been very involved in the dance department there. She was awarded a dance scholarship through WOU and the “Outstanding New Dancer” award. Kristin has performed in WOU’s Spring Dance Concert 3 years in a row, as well as taking classes in Advanced Ballet, Jazz, Modern, African, Improvisation, Dance Composition, and Ballet History. She was chosen to attend and perform at the American College Dance Association (ACDA) conference at both the University of Wyoming and the University of Oregon. In the Fall of 2016, Kristin attended the University of Roehampton in London, England through a direct exchange program and took classes in Ballet and Limon technique. Kristin has now graduated WOU with her B.S. in Exercise Science with a minor in Dance and hopes to use this degree to pursue a career in Occupational Therapy, while still maintaining a passion for dance and overall health. She is very happy to still be a part of the Legacy Ballet family after many years! 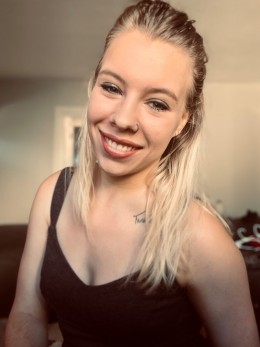 Jada began her journey and love for dance almost 20 years ago at Central Washington Dance Academy. Upon graduating high school she danced professionally for State Street Ballet and Ballet Idaho. She has performed in ballets such as Swan Lake, Le Corsaire, the Nutcracker, Cinderella, and several original works. She has several years of experience teaching ballet, pointe, stretch and strengthening classes, contemporary, PBT, and variations. Jada is an ABT® Certified Teacher, who has successfully completed the ABT® Teacher Training Intensive in Pre-Primary through Level 3 of the ABT® National Training Curriculum, as well as being certified in Progressing Ballet Technique. Jada has a drive to always be learning and improving as a teacher, and is passionate about what she does. She is thrilled to be a part of the Legacy dance family. 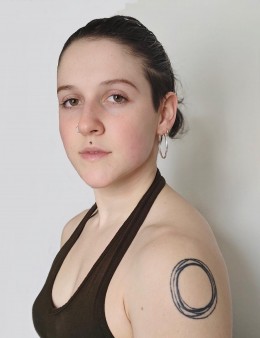 Miss Bree has been an Oregon based choreographer and educator for over 6 years. She began her training 14 years ago at All That Jazz Dance Studio. Following years of preparation, taking aim to master all styles from hip-hip, tap, musical theater to ballet, pointe, contemporary, lyrical, and jazz, she was honored to join a pre-professional dance company under the direction of Karen Daggett Austin, with the opportunity to work with Wes Veldink, Jaci Royal, and others, preforming their choreography across the states. In 2015, she toured Europe with the Young Tanzsommer Dance Festival participating in 7 performances across Austria. Following the tour, she competed and attended conventions across the Western United States, thus receiving recognition from well acclaimed choreographers including Brian Friedman and Talia Favia. In addition to her work with the company, she has also made individual efforts to train in Oslo, Norway as well as New York, Las Vegas, and several other cities seeking expansion in her understanding of movement. Her most recent training has been in Berlin, Germany, working with teachers from all over the world and collaborating and performing in a performance project with Victor Quijada, director of RUBBERBANDance in Montreal. In June of 2021, Miss Bree completed her bachelors of science in Architectural Engineering from Oregon State University, becoming the first woman to graduate the program. Having been showcased across the states and scheduled to be toured in Austria, Europe, her choreography moves to translate human experiences into relatable, energizing grooves and thrilling somatic visuals. Her curriculum encourages her students to find joy and contentment in their own work, processes, and creations.

Monet fell in love with dance at the age of three and began taking ballet at Legacy in 2010. Over the years, she added Tap, Jazz, and Contemporary to her repertoire. Classically trained in piano, rhythm and music are second nature to Monet, which is what especially drew her to Tap Dancing when she was ten, sparking a special love for the artistry. In 2019, Monet began substituting and assisting Tap classes under the guidance of the Legacy faculty, and has been teaching tap ever since. Outside of dance, Monet enjoys painting, playing the piano and guitar, tending her plants, and creative writing. She will graduate high school in 2022 and plans to attend college with the goal of going into the medical field. Monet looks forward to helping those in need as she dances her way through life, one step at a time. 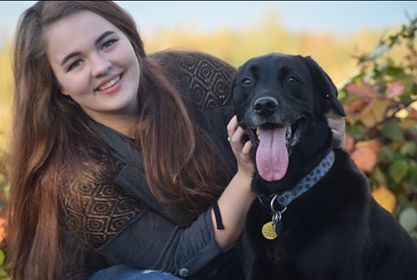 Grace started dancing at the age of 2 at Studio One Dance Academy in Clackamas, OR. At 6, she then started competing for the company as a SODA Pop. She competed at the National level till the age of 10 and then moved to Scappoose, OR. Once in Scappoose, she started dancing at OPAS and for the grade school dance team, The Next Step. Once in middle school, Grace participated on dance team for the Scappoose Vision in the Making. In high school she continued dance team with The Vision Dancers and during her senior year auditioned and was selected for the 2018 OSAA All State Dance Team. Currently Grace is dancing for the Western Oregon Dance Team and continuing her dance education as well. 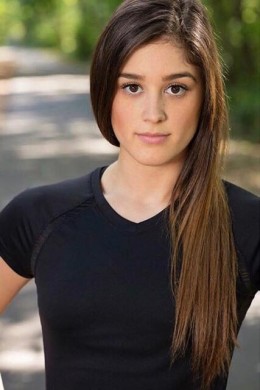 Mary began gymnastics at 8 years old, and started competing at age 10 at Tri County Gymnastics. Through high school she ran track & field, cross country, and worked her way up through level 8 gymnastics when an injury led her to quit competing. Mary has been coaching both recreational and competitive level gymnastics in the Albany/Salem area for the last 8 years. She went to college at Linn Benton and Oregon State University. Currently a full-time caregiver, she loves her dogs and beautiful bunny, Raven. She enjoys yoga, the outdoors, poetry, lifestyle photography, and modeling in her free time. A dream of Mary’s is to one day travel the 50 states in an RV.
She is a firm believer in taking each day as it comes and for now, is going with the flow! 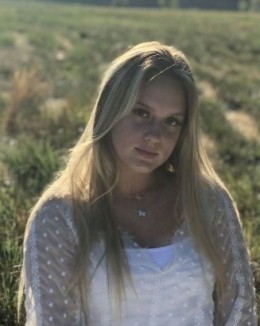 Lexie has been tumbling and dancing for 7 years. She first started tumbling at Willamette Valley Twisters when she was 7 years old. After she tumbled for 3 years, she started dancing on the Albany Gems Dance Team in 5th grade. She continued with the Gems through middle school.  She joined the South Albany cheer and Dance team her freshman year then became captain of the dance team and captain of the cheer team her sophomore year. She is currently a junior and continues to cheer and dance at South Albany while coaching Tumbling at Legacy. 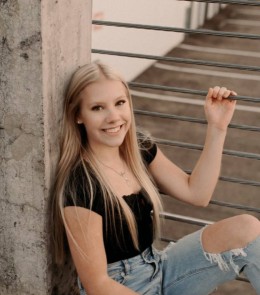 I started dancing and tumbling at the age of three years old. I danced ballet and competitive hip hop at Legacy Ballet, and at the age of 8, I began competing in gymnastics at Oregon State Gymnastics Academy, advancing through level 7. In high school I was a flyer and tumbler for the West Albany High School Cheerleading Team, and I also competed as a pole vaulter and sprinter for WAHS Track and Field. I’ll be attending OSU this fall, majoring in BioHealth Sciences.

We love what we do

We love to dance.  We are trained in what we do, and are happy to share our training and our love of dance with others.  We all have a vast number of dance teachers behind us, and what they passed to us, and what we pass along to you, is all part of the Legacy.